Roots powerhouse duo The Small Glories are Cara Luft & JD Edwards, a musical tour-de-force partnership planted on the Canadian Prairies.  Thrown together purely by accident for an anniversary show at Winnipeg’s venerable West End Cultural Centre, The Small Glories could almost make you believe in

END_OF_DOCUMENT_TOKEN_TO_BE_REPLACED 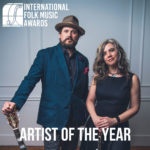 Roots powerhouse duo The Small Glories are Cara Luft & JD Edwards, a musical tour-de-force partnership planted on the Canadian Prairies.  Thrown together purely by accident for an anniversary show at Winnipeg’s venerable West End Cultural Centre, The Small Glories could almost make you believe in fate. With a stage banter striking a unique balance between slapstick and sermon, these veteran singer-songwriters have a way of making time disappear, rooms shrink, and audiences feel as though they are right there on the stage with the band.

It’s not uncommon for listeners to find themselves laughing, dancing, crying, or caught up in a good ol’ fashioned sing-along.  Their material is welcoming in terms of subject, folk-pop melody and instrumentation — songs of love, loss, and environment, delivered with soaring, interwoven vocals on various combinations of stomping clawhammer banjo, guitar, and harmonica. On record, Luft and Edwards take the musical synergy honed from hundreds of shows together, and expand it into a new soundscape amplified by pounding drums and other textural embellishments which only reinforce the magic of their innate chemistry  — a chemistry labeled the “Lennon-McCartney syndrome,” by Americana UK, writing, “Some things just work together… to witness a performance by The Small Glories is a rare opportunity to experience that indefinable quality that creates perfection.”

Luft, one of the original members of folk trio The Wailin’ Jennys, and Edwards duplicate and reinforce each others’ many strengths and yet allow their distinct personalities to shine through, resulting in a live show that is as heartwarming as it is hilarious, as finger-picking proficient as it is relatable, and as Canadian as, well… it’s very Canadian. But that hasn’t stopped ‘em from winning over audiences from Nashville to the Australian outback. Their sophomore album, Assiniboine and The Red (2019 Compass Records), earned #1 Album of the Year (Penguin Eggs Magazine) and won three 2020 Canadian Folk Music Awards (of four nominations).

Cara Luft and JD Edwards may be made available to lead seminars, workshops, demos, and Q-and-A’s for musicians and aspirant musicians of all levels of experience, even no experience at all! Offerings include:

Please contact your SRO Artist Representative if you are interested in these or other outreach options with The Small Glories. 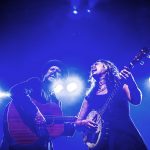 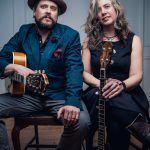 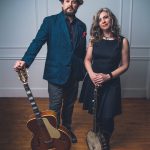 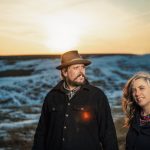 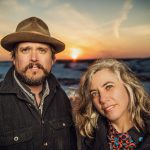 Congrats to The Small Glories, one of 24 groups chosen by a jury of peers from Arts Midwest and WAA to perform exclusively during this week’s #amwwaa2020 virtual conference Oct 6 – 9, 2020. Live showcase Tuesday Oct 6 at 4pm CDT and with conference registration log-in.

PASTE MAGAZINE / Stefanie Atkinson
“Luft and Edwards sound right at home together, and they may soon join duos like Mandolin Orange and Shovels & Rope among the ranks of Americana prestige.” Read Review

NPR MUSIC
“Luft is a Wailin’ Jennys alum whose work on the clawhammer banjo is to die for, while Edwards’ guitar and vocal harmonies deepen and enrich the duo’s sound.” Read More

AMERICANA HIGHWAY / Gary Schwind
“… you can’t help but be drawn in by Luft’s soulful vocals and the instrumentation that is quietly powerful.” Read Review

PITCHFORK / Greil Marcus
“From Winnipeg: Cara Luft plays banjo, JD Edwards plays guitar, and in moments they find the darkening chord change the best bluegrass—from the Stanley Brothers to Be Good Tanyas—has always hidden in the sweet slide of the rhythm, the tiny shift where the person telling the story suddenly understands it.” Read More

AMERICANA UK / David Allen
“Some things just work together: the Lennon and McCartney syndrome – and to witness a performance by The Small Glories is a rare opportunity to experience that indefinable quality that creates perfection… ” Read More

PENGUIN EGGS
“If you’re going to cut Billy Bragg at his own game you’d better know what you’re doing… [The Small Glories] cover ‘Way Over Yonder in the Minor Key’, and they nail it.” Read More